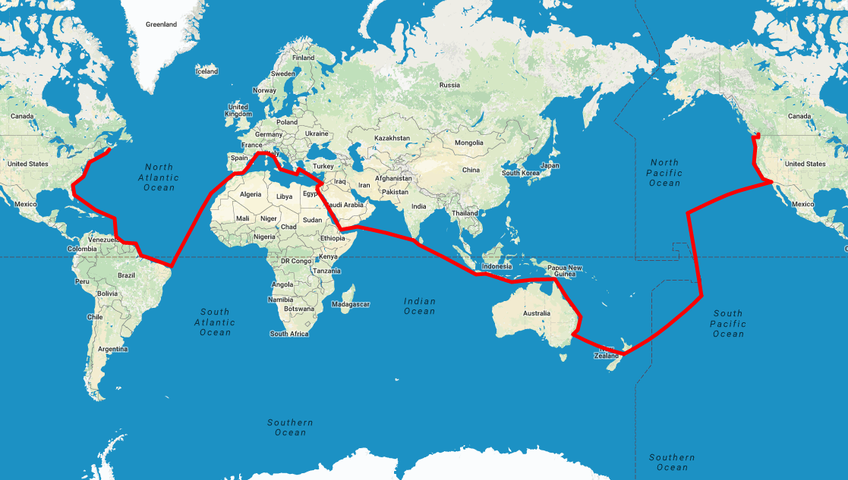 So one of the things my Love and I have talked about is the idea of taking off to a season of sailing. The ocean has a sort of primitive draw to me that is hard to explain and not particularly rational. I have no experience sailing. In fact, my experience on the water is limited to commercial ferries and canoeing a couple of hours at a time.

To take off on a trip like this, we would need a couple of prep steps: a boat, training in sailing, and a route would probably be good too.

As for timing, if we were to go in about 15 years, it might work perfect — the kids would probably be between 10 and 17 years of age. Our other option would be to wait until they’ve all left home, which would push it out another 10 years or so.

One of thing I worry about with a boat is the limited space. For the mechanics of living, I don’t think it would be an issue, but I wonder how well several kids would deal with each other (and me with them) in such tight quarters, with really nowhere to go. But the bigger the boat, the more expensive it becomes too.

Swimming lessons for the kids growing up (and possibility for me too) take on a whole new importance. Fishing too.

For a route, we could do something as simple as island hopping through the Caribbean or in Hawai’i, but the round-the-world trips are much more fun to muse about. So here’s a proposed round-the-world sailing trip:

The trip seems to be about 49,300km long. Per this, a good average for a sailboat is 100 nautical miles, or 185km, per day. That would work out to 267 days on the water, giving no time for shore leave. If timed right (in regards to seasons and shore leave), could we pull this off inside a year?

As I put together a map of the trip, I found another family proposing something like this. They plan to go around the southern capes of both Africa and South American, and will end up crossing the Atlantic three times, but they do give some sense to the time such a trip will take — 75 countries in 75 months (6 years!)