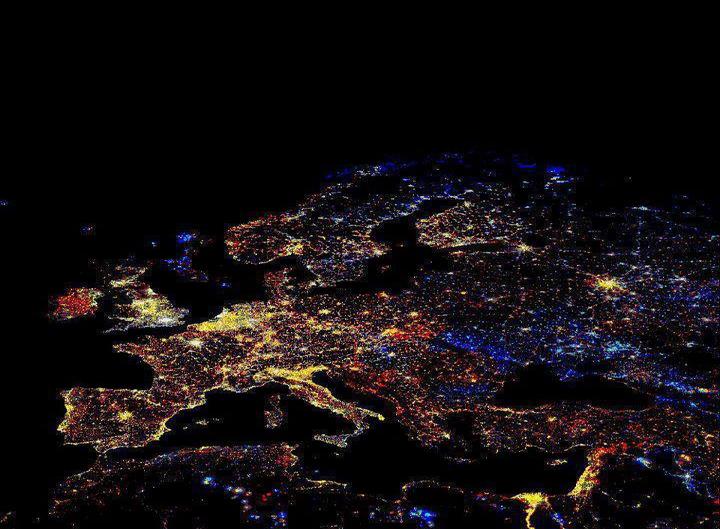 [T]his is actually a composite produced by the National Oceanic and Atmospheric Administration revealing a decade in European economic development and decline.

Europe at night, showing the change in illumination from 1993-2003. This data is based on satellite observations. Lights are colour-coded. Red lights appeared during that period. Orange and yellow areas are regions of high and low intensity lighting respectively that increased in brightness over the ten years. Grey areas are unchanged. Pale blue and dark blue areas are of low and high intensity lighting that decreased in brightness. Very dark blue areas were present in 1993 and had disappeared by 2003. Much of western and central Europe has brightened considerably. Some North Sea gas fields closed in the period.