Spending 7 months as part of the Rouen Branch meant that, in a way, they become our family, and the Caen District, which covered all of Normandy, became our extended family. Our last week in “France” was actually spent with the District at the Temple in Frankfurt. We knew that District Conference was this last weekend, and we were a little disappointed to come home just before it, but I was very surprised to receive this email:

This is the castle sitting on the cliffs, overlooking the sea and standing guard over Dieppe. When the city was walled, the castle had a prominent place in the wall. Today, the walls are gone (save one gate only) leaving the castle. 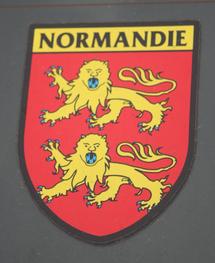