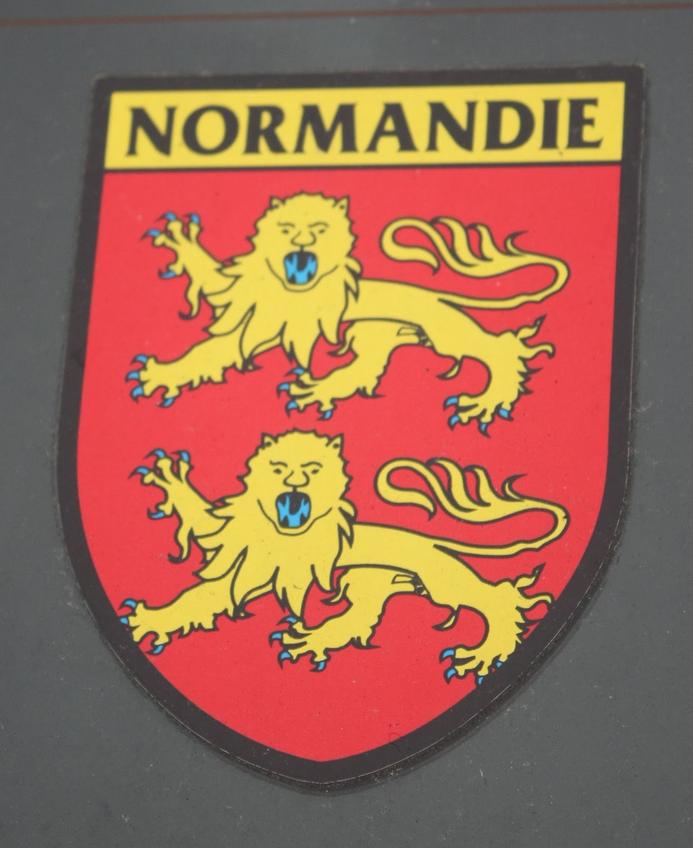 Why the leopard? I wondered how a lion could end up a symbol of a place far removed from the native home and the fact that it’s a leopard doesn’t offer any answers. As it turns out, the leopard was an animal that has been known since antiquity, even in regions far from its natural realm, as a hunter noted from its skill and stealth. Anciently (and into the Middle Ages), the leopard was considered to be the offspring of the adulterous union of a lioness and a pard, a mythical animal. (and since I learnt that, I struggle not to call the animal a leo pard, as to rhyme with leotards) Thus the mane on the leopard that often gets it confused with the lion and sometimes used interchangeably with the lion. Thus in heraldry, the leopard was sometimes used as a symbol when the first to bear the arms in question was the product of an adulterous relationship himself. Thus, Richard the Lionhearted, King of England and Duke of Normandy, may have making reference to his Grandfather, William the Conquerer who was also known as William the Bastard (what a name!) in choosing the three leopards we now recognize as a symbol of the English crown.

Unfortunately, the story refuses to stay so simple. Two facts come to the surface:

The combination of the two basically means that anything that happened before Richard’s seal was outside the bounds and rules of ‘modern’ heraldry. Richard may well have picked their lions because he thought they looked good together and for no deeper reason.

Another theory advanced goes back to Rollo (c. 870 — c. 932), the original ‘Northman’ that laid siege to Paris in 885 and was thus given Normandy by the French king Charles the Simple. Rollo was said to bare a leopard as his standard. A second was added when the county of Maine was annexed into Normandy. The third was added by King Henry II of England upon his marriage to Eleanor of Aquitain as a single lion was the symbol of Aquitain. Their son was Richard whose great seal we mentioned earlier.

Another possibility is simply that the three lions were pleasing to the eyes and were chosen for no greater reason. (If you’re the king, who’s really going to tell you ‘no’?)

For further reading… and All about Lions in Heraldry

The Leopard at the foot of Richard the Lionheart’s tomb in the Rouen Cathedral (Also Photo 42 for my Project 365). 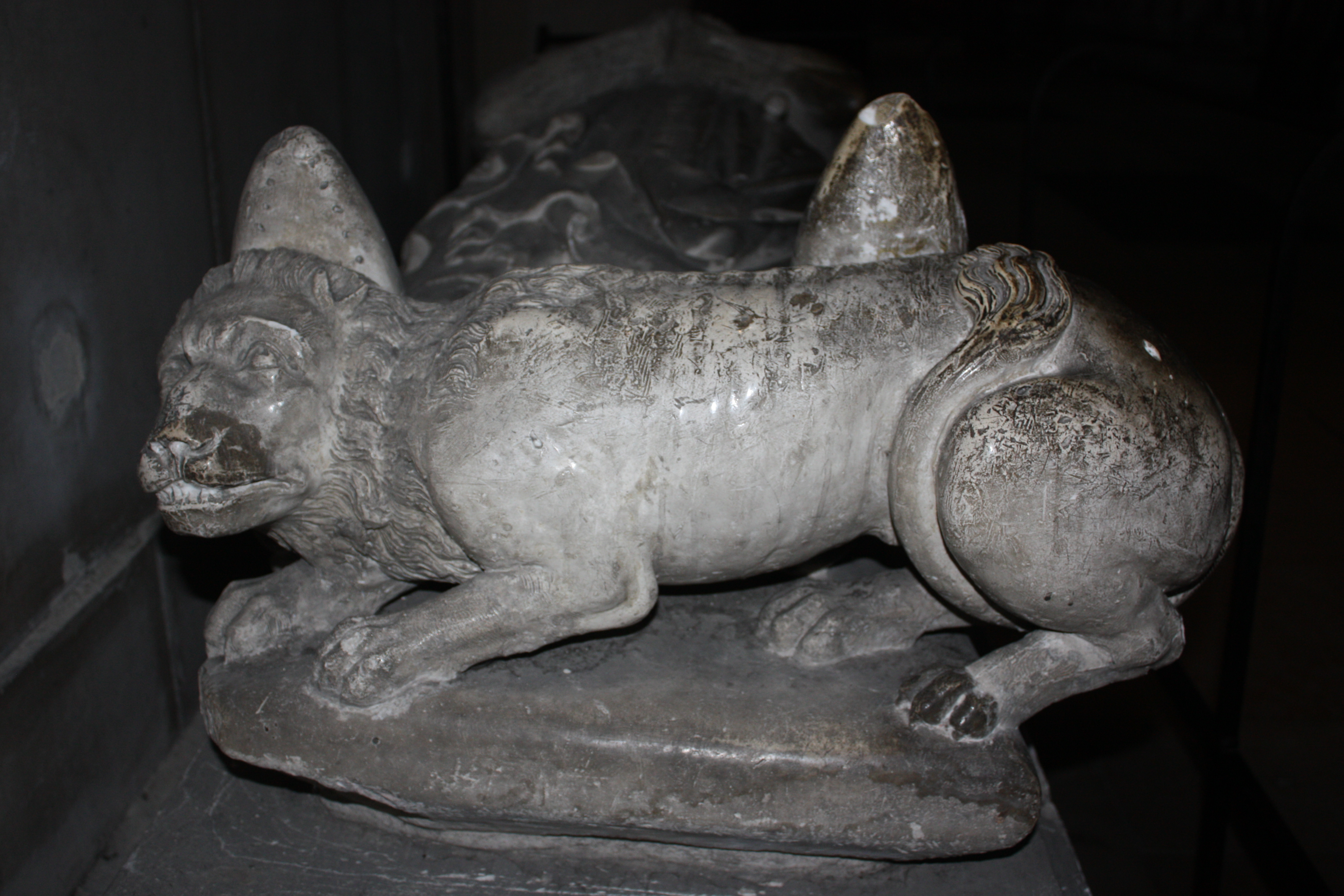 but 1198 AD was almost the end of the 12th Century, so well after heraldry had been established ?