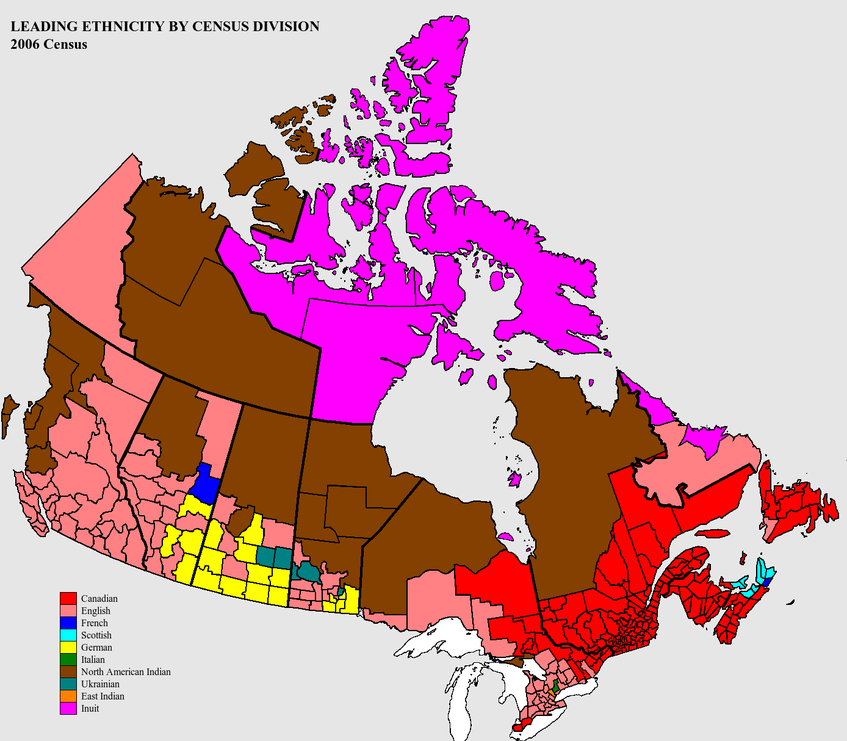 I recently stumbled across this map of “Leading Ethnicity by Census Division,” based on the 2006 Canadian census (original on Wikipedia). Maps fascinate me and I thought this one was pretty cool. I thought I’d share a few thoughts, but first the map itself:

Some of my observations:

Another interesting realization for me was the difference between “ethnicity” and “race,” which I guess I had considered equivalent beforehand. Wikipedia defines ethnicity as “is a group of people whose members identify with each other, through a common heritage, often consisting of a common language, a common culture (often including a shared religion) and/or an ideology that stresses common ancestry or endogamy.” It further explains “The concept of ethnicity differs from the closely related term race in that ‘race’ refers to grouping based mostly upon biological criteria, while ‘ethnicity’ also encompasses additional cultural factors.”

In all, the ethnicity of “Canadian” is a construct, and likely still in the process of being defined. I guess it plays into the fundamental question of what it means to “be Canadian”: is that a self-identification questions? a combination of geography and history? solely citizenship?