It’s time for a new update to Seafoam, the website theme currently in use here (on my Blog) and by my wider site.

In reviewing my blog, I realized it’s been many versions and a couple of years since I did a post about a Seafoam release. In the background, I’ve continued to make small improvements. I also use the project for private, personal projects, so some of the improvements are centered on those. What drove this particular release was that something has happened that broke my fonts. Previously, they were hosted directly on Google Fonts, but they seem to have stopped loading, so with this release they are “internal” to the theme.

As well, minchin.releaser has made putting out a release very simple, to the point where a blog post about the release in question can be the hardest part of the whole process (and so they often just never happen…). You’ll notice in the changelog below it’s not uncommon to see multiple releases the same day.

A final thing I noticed was lacking from the project readme was any sort of sample images. This is hope will prove simple and easy to fix. 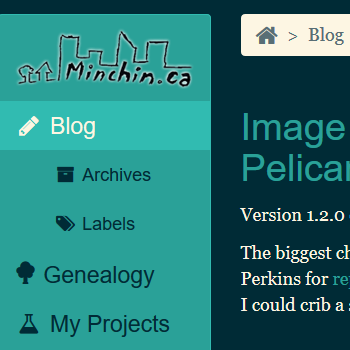 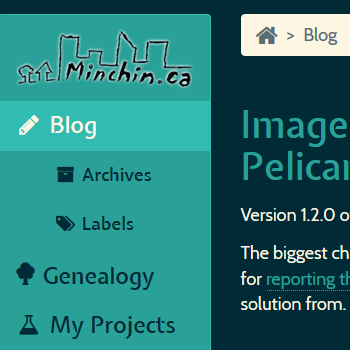 This theme is based on Bootstrap 3. About a year ago, I’d started an effort to move to Bootstrap 4. Turns out that transition is a bit of a pain, and I never did finish it to my liking. Now Bootstrap 5 (at least the first alphas build) have been released, so I’ll probably just skip 4 if I ever do that update. A big issue on updating Bootstrap, at least for me, is that they changed their preferred CSS processor from LESS to SASS: Bootstrap 3 supported both, while version 4 is SASS only. All my modifications had been done in LESS, so that provided a large effort to “translate”.

Upgrading should is straight forward. I haven’t broken anything on purpose since v2.0.0 came out.

To install or to upgrade, you can use pip:

New day, new update! Version 2.4.6 adds a few non-breaking spaces to improve the flow of the acticle details on the article index page.

Other posts under Seafoam